Ringette Manitoba is excited to announce the rosters for the Winnipeg Gold, Winnipeg Blue, East and South teams for the 2018 Manitoba Winter Games powered by Manitoba Hydro, in Thompson Manitoba.

The West and North Region teams will be announced at a later date, the teams have not been finalized at this time.

Thank you to all the players who tried out, and congratulations to those who were selected. We are looking forward to an exciting 2017/2018 season! 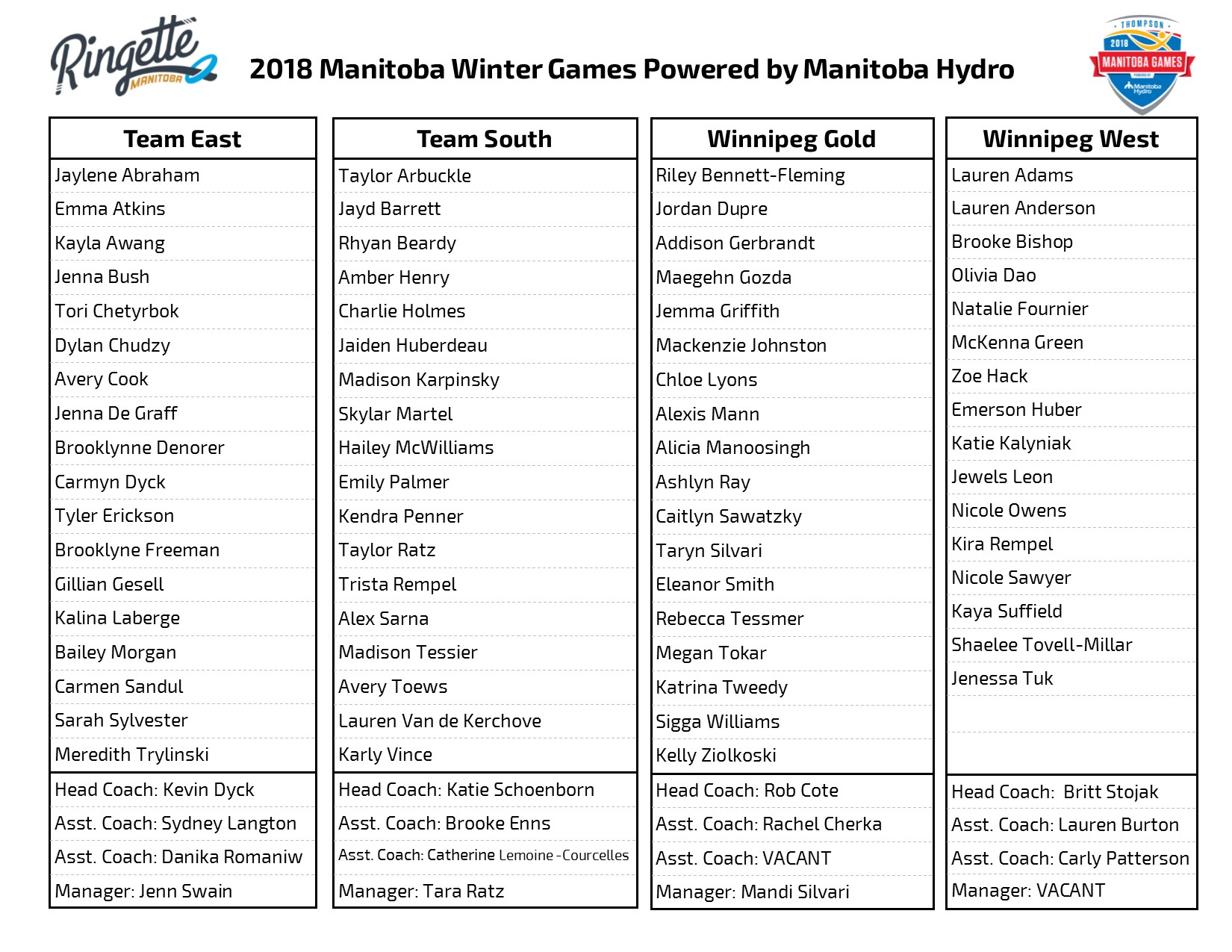 Sport for LifeDon’t miss this! Our upcoming webinar is called Long-Term Development and Coach Education: Times are Changing! It will be a panel discussion on how we “re-open sport” and what it means to coach in today’s world. Aug. 19, 10 a.m. PDT.

Ringette Canada / Ringuette CanadaThis pandemic is asking a lot of us as human beings, and many of us are feeling uncertain and drained, even as we feel excited to begin to shift from lock-down to Return to Ringette.

As you consider how best to re-engage with the athletes you care about, you might be asking yourself some of these questions:
● How have I been personally affected by COVID-19?
● How do I feel about returning to ringette?
● In what ways can I support my athletes to ensure they are physically, socially, and emotionally ready to return to ringette?

Ringette Manitoba would like to reiterate for its members that all ringette camps, skills sessions, recreational leagues, and tournaments that are currently operating in the province are not sanctioned by Ringette Manitoba.

The Government of Manitoba’s Department of Health, to date, has not approved Ringette participation in the Province.

Team staff should not be permitted to organize impromptu training sessions as any unsanctioned activities would not be covered by insurance through Ringette Canada or Ringette Manitoba. This would leave the Team Staff liable for any legal claims or damages, including if a participant contracted COVID-19 because The Government of Manitoba’s provincial plan for Ringette was not respected during the unsanctioned activity phase.

“Ringette is part of my life. I like all sports but there is only one where I am completely excited to go.”